“The papers in CO 5 have long been an indispensable resource for scholars researching the American colonies. By making them available online, Adam Matthew has opened a door once closed.”

Colonial America consists of all 1,450 volumes of the CO 5 series of Colonial Office files held at The National Archives in London, plus all extracted documents associated with them. This unique collection of largely manuscript material from the archives of the British government is an invaluable one for students and researchers of all aspects of seventeenth- and eighteenth-century American history and the early-modern Atlantic world.

Here Prof. Tim Lockley, a consultant editor of Colonial America, outlines the importance of the CO 5 files and Adam Matthew's digitisation of them: 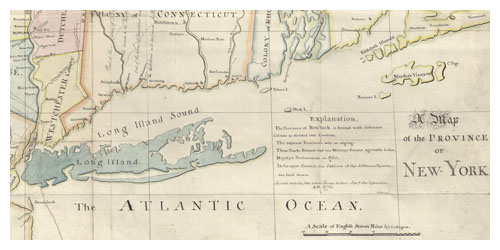 The first module of Colonial America documents the early history of the colonies, and includes founding charters, material on the effects of 1688’s Glorious Revolution in North America, records of piracy and seaborne rivalry with the French and Spanish, and copious military material from the French and Indian War of 1756-63.

This module focuses on the 1760s and 1770s and the social and political protest that led to the Declaration of Independence, including legal materials covering the aftermath of the Boston Tea Party. It is also particularly rich in material relating to military affairs and American Indians.

This module charts the upheavals of the 1770s and 1780s which saw the throwing off of British rule in the Thirteen Colonies. Contents include volumes of intercepted letters between colonists, the military correspondence of the British commanders in the field and material produced by the Ordnance Office and the office of the Secretary at War, as well as two copies of the ‘Dunlap’ edition of the Declaration of Independence printed on the night of the 4th-5th July 1776.

Module 4: Legislation and Politics in the Colonies (2018)

This module traces the colonies' legal and political evolution between 1636-1782. Copies of council and assembly minutes record debates on international politics, including Britain’s war with Spain, expeditions against the French in Canada, and trade regulations. Court journals also trace legal cases and trials heard in the colonies, whilst series of official correspondence and revisions of acts reveal attempts to increase jurisdiction of British officials in the colonies, expand settlement, and improve public facilities and trade. The extensive revisions and annotations of these documents also expose the internal (and often personal) political agendas of their creators.

The preponderant part of this module consists of correspondence with the Board of Trade. There are also details of land grants, financial accounts and documents focusing on American Indian relations, as well as George Vancouver’s despatches to London from his 1791 expedition to the Pacific Northwest. The module contains a number of shipping returns, accompanied by a video interview with Hannah Knox Tucker (PhD candidate, University of Virginia), who discusses these documents and their value for researchers in detail. 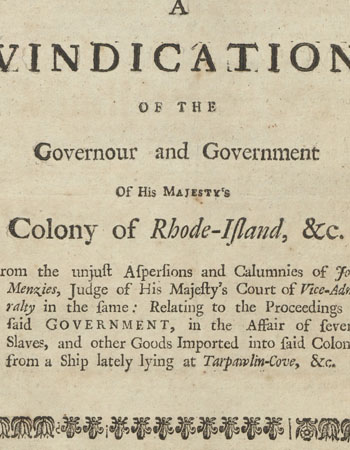 The documents in CO 5 shed light on political, economic, military, cultural and social life of the period, covering such topics as:

The CO 5 material is organised into volumes organised either by subject or by colony, numbered CO 5/1 to CO 5/1450. (For more information about the history of the CO 5 class and colonial-era government archives more widely, see our introductory essay by Neil York.) These volumes are bound collections of individual documents of numerous types, including:

The number of documents per volume can range from a handful to hundreds. Therefore, in order to maximise the usability of Colonial America for scholars, we have split each volume up into sub-sections, each consisting of an individual document or cluster of related documents. These documents can be browsed by title, date, volume, theme, document type and colony/region.

We have also indexed each document with relevant keywords, names and places, allowing these mostly manuscript records to be searchable for the first time. Many of these terms can be found in lists of search directories provided for scholars’ convenience. We recommend that users search the documents through these search directories in the first instance in order best to align the terms they search for with the terms we have used to index the documents.

A useful searching tool can be found on our Data Associations page. This feature has been developed to display associations, and hence illustrate wider trends, between the four main categories of metadata (people, places, keywords and dates) to further research.

A small amount of the material in CO 5 (about 5%) is printed – this consists largely of the texts of acts of assembly, pamphlets, public notices and newspapers. These documents are full-text searchable and are indicated in the document list by a 'printed page' icon

next to their titles. Manuscript material is also full-text searchable at document level thanks to handwritten text recognition technology. These documents are indicated by a 'pencil' icon

next to their titles. 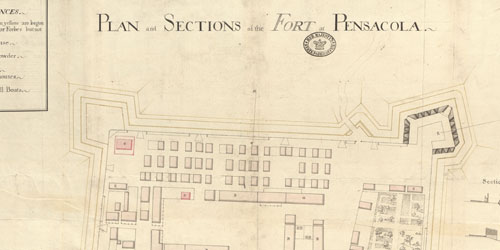 Many of the maps which were included in the CO 5 volumes by their compilers have since been extracted and moved by The National Archives to improve the conditions of their storage. We have included all these maps in Colonial America, and they can be viewed in a dedicated gallery.